What You Need To Know About Utility Locators 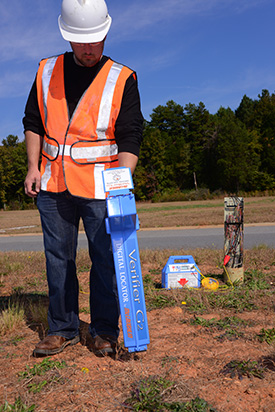 Arguably the most important part of any underground excavation job is always the same: locating the utility lines. While there may be other pre-work measures, work simply can’t begin until all of the

major lines are identified. If you fail to do this, it’s akin to getting behind the wheel of car without knowing how to drive; you’re an accident waiting to happen.

Thankfully, advancements in technology have made this part of the process easier and easier over the years. Today you have several different options. Some are arguably more effective than others, but all of them can lead you to those critical electrical, utility, and gas lines, provided you have the right underground utility locating equipment.

However, before you begin the dig, you should (re) familiarize yourself with some of the methods and concepts behind location.

As you may know, electromagnetic utility location is a common method used by contractors. It actually works in conjunction with the underground lines. Many metal pipes and cables emit or reradiate an electromagnetic signal, others need to have signal applied by a transmitter. Obviously, it can’t be detected by the ear, but electromagnetic equipment will pick it up with ease (note: it will determine the place of the signal, but not the exact location of the line).

To understand more how it works, consider the signals. They’re created by the current, which flows from the transmitter along the line, and back to its place of origin. Rather than transmitting through the soil only, the signals may use other nearby cables to return, given their lower resistance. When sent from a transmitter, signals participate in “active locating” versus “passive locating”, which is when they’re sent from many sources.

One way to categorize electromagnetic locators is to break them down into single verse, multiple frequency units. The big difference between the different methods is cost, and the type and quality of information provided when searching for the utility line. The four methods of are Direct, Clamp, Induction, and Passive, and all can be used to locate the signal of a line.

Using the equipment’s receiver, a specialist can figure out approximately where the lines run, and whether or not they’ll interfere with the dig.

Once a non-metal pipe is found, a good way to track it is with a radio-transmitting probe. First, the probe is inserted into the pipe, and guided down the pipeline. Meanwhile, a technician will follow along (above ground) with a receiver to follow its path.

Perhaps one of the more tech-savvy – albeit limited – methods of location is the use of ground-penetrating radar (GPR). It’s generally used to supplement other techniques in order to provide a full picture of the underground lines – literally.   Using an antenna, the GPR system’s transmitter, receiver, and profiling recorder work together to essentially capture the image of the line. The antenna picks up the signal, and together with the other components, an image of the pipe is created. GPR is best used to help identify metallic utilities, nonmetallic pipes, and non-detectable fibers. However, it’s limited in its depth capabilities and very subject to the composition of the soil.